This open letter by Cris Carrascalão was originally published on facebook and is reprinted here from the East Timor and Indonesia Action Network mailing list. In it, the author speaks about her own family’s experience and the Indonesian president’s decision to honour a militia leader convicted of crimes against humanity by awarding him with one of the country’s highest honours. 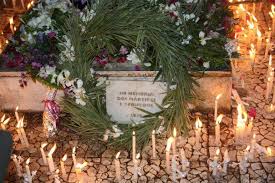 Open Letter to the President of Indonesia.

His Excellency Joko Widodo
President of the Republic of Indonesia

I am writing to you regarding your recent attribution of ´Bintang Jasa Utama´ (First Class Service Star) to a War Criminal and a Mass Murderer, Eurico Guterres.

As a victim and a survivor of the reign of terror towards the end of the Indonesian Rule of my tiny island, I am appalled and disgusted at your decision to honor such person towards your last years as a President that have given much of hope for change.

Part of me is Indonesian too. Sir, my mother is from the western side of Timor Island. And just to let you know, I am proud of my Indonesian descendance, not because of you or everyone that was in power have done to my other half, the East Timorese side. But I am proud that the normal civilians who have a bigger heart to stand with the truth in their humanity towards any injustice committed against anyone. I believe they are in as much shock and disgraced as I am today by your decision.

I may as well through this letter, remind you of the massacre that have happened in my own house by the very man you have chosen to honor today. As many as 12 bodies were recovered and officially accounted for, but truth is there were more than 150 people have perished in the hands of the killer machines that was set up the Indonesian Army. Of those 12 people, one of them was my very own brother, Manelito Carrascalão. I, myself went to pick up his body, and had the chance to see a morgue full of mutilated bodies, piled up high to my waist. My brother´s body was in no different condition than the others. His head was barely hanged with a little of skin on his neck, his back was severely cut opened where we can see his internal organs, his stomach with another gunshot wound. He was only 16 years old. He was shot, hacked to death with machetes as each militia entered the house, by Eurico Guterres’ orders. Our house was full of civilians who were displaced from the villages, with the escalating violence perpetrated by the Militia Groups throughout the half island. They were civilians. Through the UN Serious Crimes Unit, it was reported, my house was attacked by more than 2000 armed militias.

What did your son like to do when he was 16? Probably like my brother, a teenage kid who was thriving, like studying, have many friends, not into politics at all. My brother never got a chance to go more than that. His girlfriend, a girl from Bandung, was forced to see her boyfriend killed and die right in front of her eyes. Unlike myself, she being a good Javanese girl, she was ushered to stay quiet in her sufferings. He never had the chance to get marry and have kids, let alone finish his education or become whatever he wanted in life. I believe your son have all of that. You have all of that too, Sir. A family.

My family was ordered to be killed down to seven generations. I am only the second generation in line. I can still clearly remember the morning of April 17, 1999, when during a flag raising ceremony, Eurico Guterres through his speech that was aired on RRI (National Radio Station), where he said it clearly ´Kill all the pro-independent people. Kill all Carrascalão family down to the seventh generation. Kill Manuel and Mario Carrascalão. ´ In return to all these hatred campaigns, not one word, have I ever uttered a word of vengeance towards any Indonesians. I know, there are many many more Indonesians who know the truth and stand by the truth and justice.

I on the other hand, now have a family of my own. My daughter goes to school in Portugal, and she, with pride, tells her friends that she is of Portuguese, Timorese and Indonesian decent. She is the best part of me. She will make her own choices when she grows up, and I know that she will no longer say with pride that she is Indonesian too when she learns that her mother, as a victim and a survivor, was treated this way.

Throughout your Presidency, Sir, you brought hope for change. But that was in the past, I am deeply saddened and ashamed of your decision to honor such man, with a bravery and courage star. You have tainted all those other Indonesians that have earned it through a respectful, bravery and courageous acts towards Indonesia.

As a victim, I never sought compensation or any recognition from any side, I simply want justice to be uphold. Just justice, Sir. But in return to all of these, we the victims and survivors, have our wounds opened and smeared with the worst. Where is your humanity Sir? Is this how you want your Presidency to be remembered by? Is impunity, is what you want your legacy to be remembered by?

I urge you to consider withdrawing the medal you have given to this mass murderer. As an Indonesian decent myself, I ask you to not humiliate furthermore us the victims and the survivors. Do not taint with disgrace other Indonesians who truly deserves this Honor by being put in the same stage as a Mass Murderer.